As part of the March Madness Mists of Pandaria press tour Blizzard has released a silhouette version of the female Pandaren model that will be shown fully on Monday 3/19...but that's a few days from now and it's a hot topic, so I am going to discuss it right freakin' here and no one can stop me!...except good sense perhaps. The full image after the break. (Warning, image heavy post!)

And here she is! 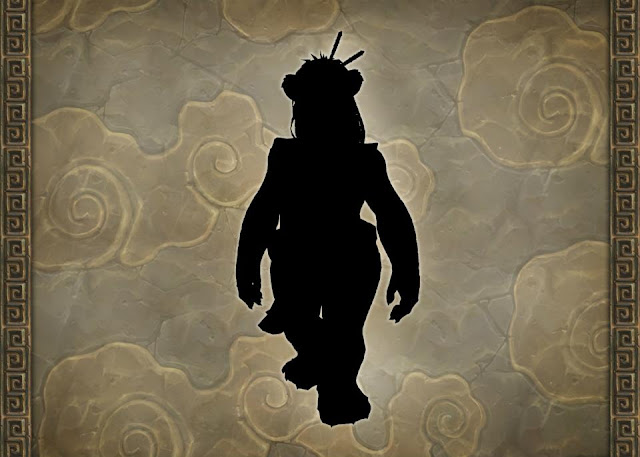 Image from MMO-Champion
So far interesting...the Female Pandaren has been a topic of great interest around the blogosphere for some time. There are fears that she's going to end up like the Wakfu pandas such as the following... 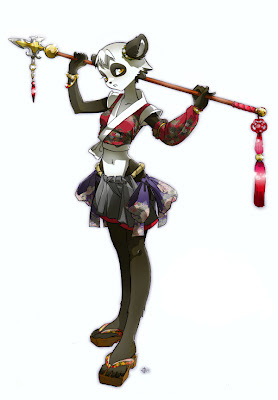 Image is the property of Wakfu
And this is troubling to some because basically it just means they are sexualized and would be the most sexually dimorphous race in WoW since the Draenei. Now to be fair I have 3 of those, I like their appearance, but fans want to be treated like adults, not teenage boys. One of the best parts of WoW has been the ability to play something that is not necessarily "the norm" per say. So there are (rightfully so) calls for the female Pandaren to actually be like her male counterpart, and it looks like Blizzard is going to deliver. Lets take a moment to dissect this image before us...it'll be fun, I promise.

Not much to say here that the image doesn't, but I truly do hope that some of the other races get to steal hairstyles, I hate that so many of them are race-locked. 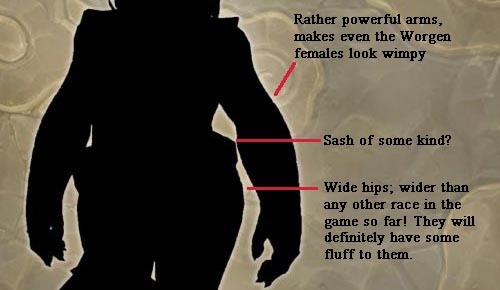 I am proud of Blizzard, they gave the female Pandarens some heft to them but they will still have some feminine curve; I really hope they do not back off this one and head for the Worgen Female hills...I can barely stand female Worgen as is. All in all it looks like they will be making Pandaren look like this fan suggestion: 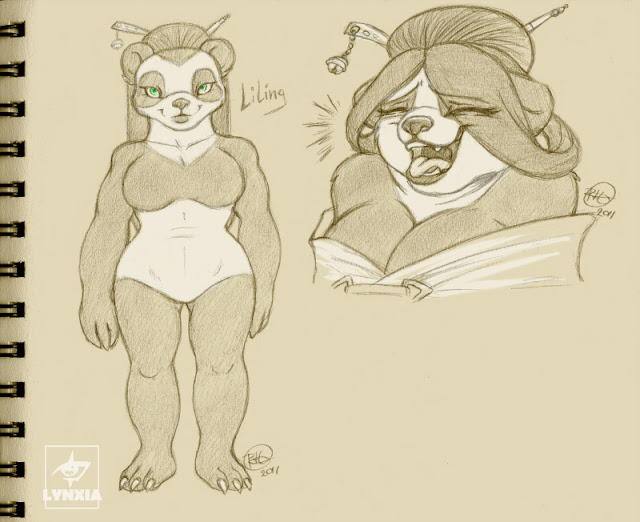 From artist Lynxia (Warning, Gallery has adult images!)
For me personally I can't wait to see how they look on Monday, especially the facial structure which we get almost no hints to from the image; at best we can extrapolate from the male panda images shown at Blizzcon, though I imagine they'll make the females a bit "softer' as Blizzard tends to do.
Posted by Clockwork at 11:14 PM